When Change is the Only Constant

The emergence of COVID19 has challenged most businesses and business owners, as they attempt to react and respond to a sustained situation of uncertainty and ongoing change. One of the insights I can share from working across a wide range of industries and different businesses over many years is  that having a plan is extremely important; BUT it is also critical to develop the capacity and capability to recognise and adapt to changing circumstances.

During a debrief with a client who has just been able to restart after four months of shutdown, he shared a story of a near disaster at a recent job. Before I elaborate, and to provide some context, we had been working to build the planning capability within the team who provide photography and videography services for the last 12-18 months. They had been pleased with their progress and had achieved significant improvements in productivity.

In this particular instance, the team had completed their planning for a job on the afternoon before it was due to commence. All team members had their roles clear; the equipment list was understood; and the various activity locations had been agreed. All details were signed off and ready to go!

The following morning the team arrived at the location, but failed to identify the potential impact of a major change in circumstance – the weather; it was teeming down with rain! When the team leader – my client – arrived at the site, he described it as “like walking in to see a great big iceberg sitting in the path of my team  – the Titanic –  and they were all diligently implementing the plan which would result in a disaster”. Some radical changes were immediately implemented when it became clear that the rain would ruin the photoshoot in the original planned areas and the job was able to proceed.

My client’s question then came – “Why did he have to be the person to see the iceberg and act?”

This took me back in time to a lesson learned many years ago when I was leading a large manufacturing facility. The maintenance team had been implementing a new planning process and working to scheduled maintenance periods. The changes had been working well, with productivity up and a dramatic lift in reliability – until a run of unfortunate incidents injured several workers.

After a lot of soul-searching and investigation, the major contributing cause identified was that – in our efforts as leaders to emphasise the importance of planning and efficiency – the team were of the clear understanding that the plan was important and so was getting it done on time. The incidents had largely occurred when something changed on the job they were doing, and they either did not recognise the change or took a risk to try and make sure  things got done on time regardless of this change.

The solution was to focus on building the team’s skills and capability to recognise changes to normal work circumstances; and then importantly, give them permission to stop and change the plan as required.

One of the common factors between the two businesses I have spoken about – based in completely different industries – is that both businesses had come from a history of “the boss making the decisions and telling people what to do”.

Now, back to my client’s problem, he recognised that his team were too busy delivering the plan to stop. Why? Because they wanted to do what they thought was the right thing and execute what had been agreed with the boss. This simple example highlighted the next area of development for his team and highlighted how the different relationships within the business were – or in this case – were not working.

To be truly effective in delivering, teams not only need to be great at planning their work, but they also have to become great at recognising when things might change that impact their plan. They can only be good at that if they have developed the ability to effectively communicate what they see between each other and, more importantly, have developed their skills in dealing with different opinions on what the right solutions are.

With COVID19 continuing to deliver events now ironically termed the ‘new normal’, it is critical for businesses and business owners to recognise that their success and capacity to adapt requires an ongoing approach. Teams can no longer rely on their ability to just plan for the future. They must also equip people with the skills to contribute to effectively implementing these plans AND recognise when and how adjustments are required as things inevitably change – which, in these “unprecedented times”, is more than likely.

If you’d like to speak with Graeme to find out more about his services, contact him directly, or, book in a free 60 minute growth session.

Are you ready to be the next success story? 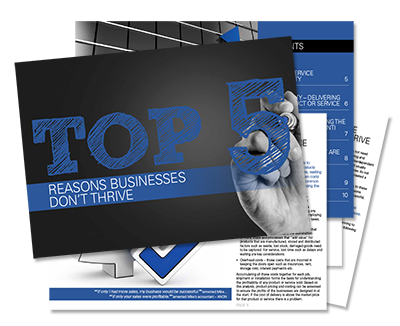 GETTING THE BASICS RIGHT

Something went wrong. Please check your entries and try again.